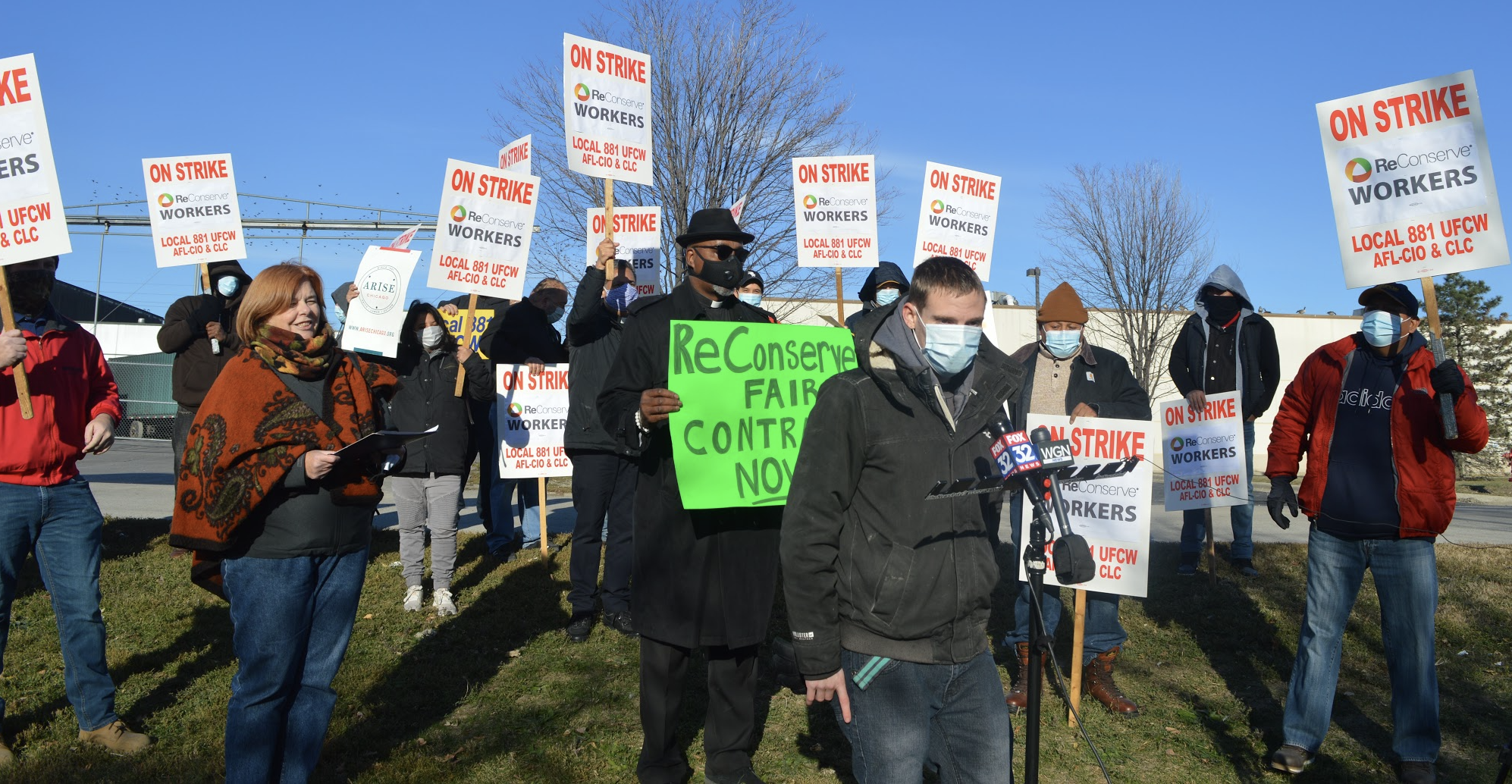 Hodgkins, IL--Workers from suburban Chicago food recycling plant, ReConserve today announced that amidst negotiations for their first union contract, they are going on strike.

Amidst national fearmongering and attempts to divide communities, the Latino, Black, and White workers from ReConserve have remained united since they first came to Arise Chicago to learn their rights in 2019. After learning their rights and organizing a workplace committee, workers voted for union representation with United Food and Commercial Workers Local 881 in April 2019. Since then, they have been fighting for their first contract. 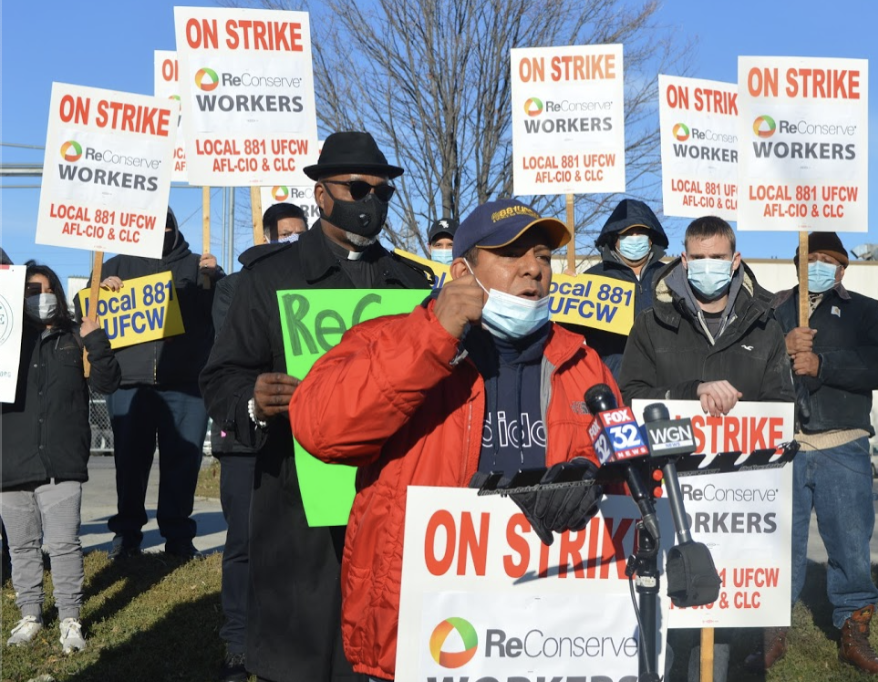 Hector Lopez, ReConserve worker and Arise board member made the official announcement.

“I’ve worked for ReConserve for 21 years, and they pay the lowest wages in this corridor. We are asking for higher wages, but the company isn’t taking us seriously. In order to win better wages and conditions, we are all united here today to say we are going on strike!” 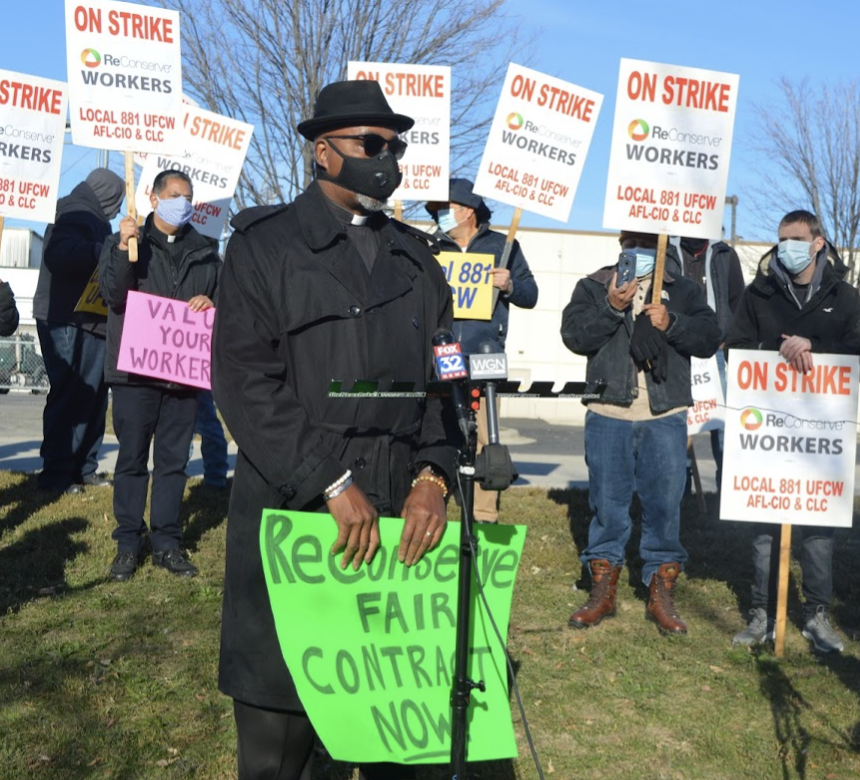 Rev. Robert Jones said on the strike line,  “Good wages and safe working conditions are not only a civil right, but a moral right.”

ReConserve worker, Edwin Arroyo stated, “The company is bringing in new people and paying them more than those of us who have been here for years, and we have to train them! We are tired of being mistreated. We are humans, not animals.”

ReConserve worker, Joe Scaman highlighted safety concerns, “We do hard, dangerous work, operating heavy machinery. It takes a lot of training to be able to do the work we do. We need to be paid for the hard work that we do. We need to bring the power back to the people.”

Supporters can take action by signing the petition to ReConserve to negotiate a fair contract Now.

You can watch this morning’s press conference with the announcement, here.