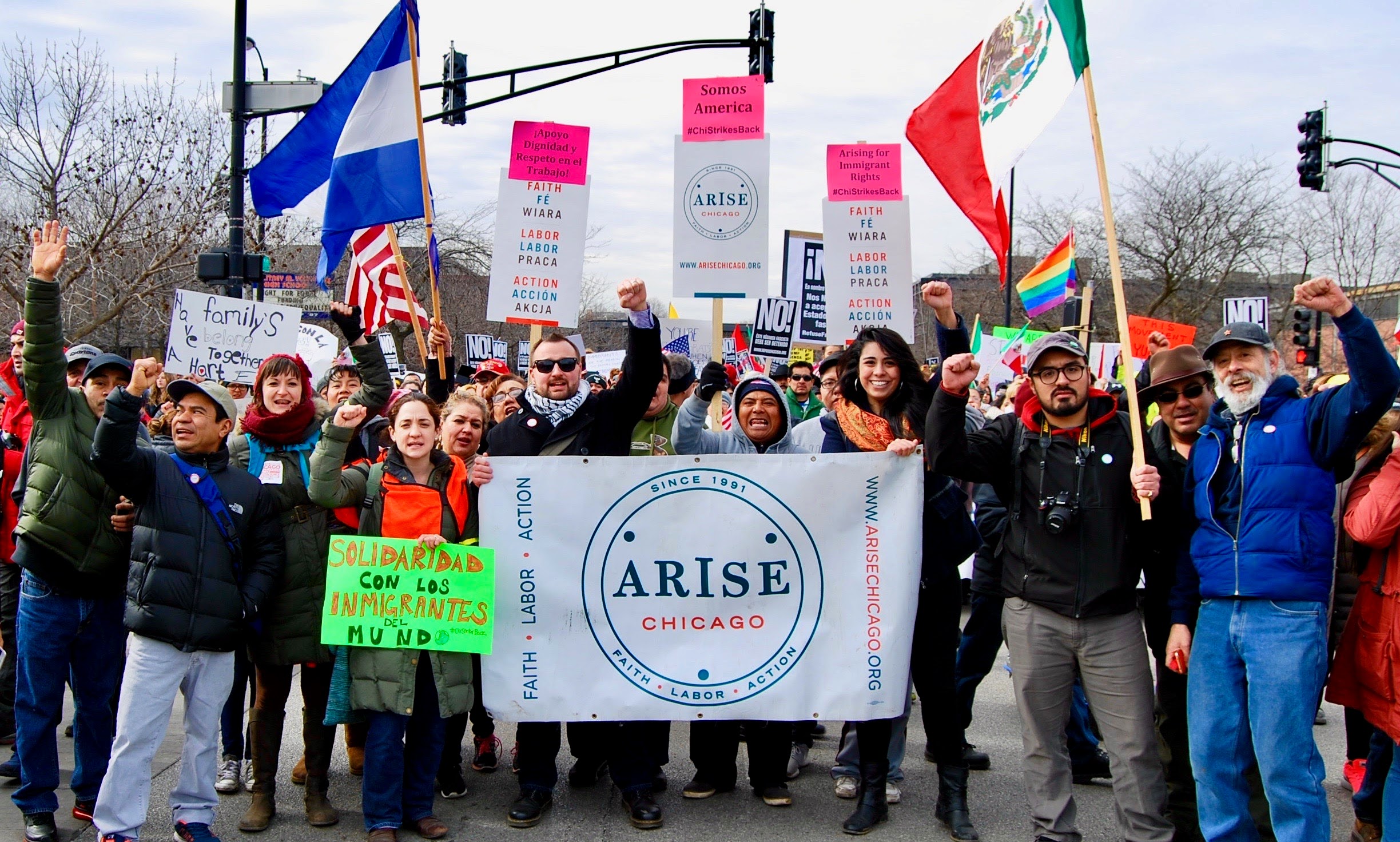 The Foundation of Our Work

Drawing from sacred scriptures, Arise Chicago upholds the belief that every person is created in the image of God and therefore deserving of dignity and respect, including in the workplace. Arise Chicago was founded in 1991 by a diverse group of religious leaders who created a model to combat some of poverty's root causes (workers being paid improperly, workers receiving less than a living wage, etc.) by bringing the moral voice to both non-union and union workplace struggles.  Learn more

The Arise Chicago Worker Center is a membership–based community resource for workers, both immigrant and native-born, to learn about their rights and organize with fellow workers to improve workplace conditions.  Since opening its doors in 2002, the Arise Chicago Worker Center has collaborated with nearly 50,00 workers to recover over $8.3 million in owed wages and compensation. ACWC's workplace justice campaigns train workers to know their rights, file complaints with government agencies, organize direct actions, and access legal representation.

ACWC boasts the most comprehensive workers' rights publication in the state of Illinois (free, and available in English, Spanish, and Polish) regularly distributed throughout the Chicagoland area and provides a unique popular education-style workshop to hundreds of workers each year.  With over 400 low-wage Polish and Latino immigrant worker members, majority of whom are women, it is the only is the only Chicago-based organization that regularly involves the religious community in its campaigns and is the only worker center in the country with a Polish organizer focusing solely on the Polish community.  Learn more

Arise Chicago plays a unique role in labor organizing and contract campaigns where workers are seeking to leave poverty and advance their opportunities through unionization or improving their existing collective bargaining agreements. The Arise Chicago Faith and Labor Solidarity Center often engages both management and labor to find just solutions to workers' struggles to benefit the common good of society. Religious leaders and congregants encourage business owners in their communities to foster policies that are free from coercion, harassment, and intimidation, especially when the workers are seeking to unionize. Arise Chicago's religious leaders bring moral persuasion, support through public statements and prayers, and the support of their religious institutions to workplace struggles. In turn, the campaigns provide a vehicle for people of faith to concretely support the cause of economic justice and lift up a moral voice to bring a fuller measure of God's justice in the workplace.  Learn more