With the participation of our membership, Arise has collaborated with thousands of low-wage and immigrant workers to recover more than $8 million in owed wages and compensation.

In pursuing a campaign i 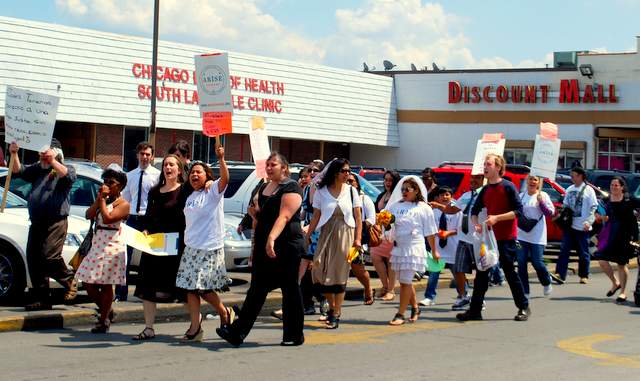 n their workplaces, workers lead the entire process.  If there is to be a delegation to the employer, workers decide the terms, including strategies involving religious and community leaders and Arise members.

During their own campaign, workers are: educating and organizing coworkers about their rights; learning how to keep precise records; setting goals; developing a strategic plan; and learning skills for negotiating.

Sometimes workers are delegating former employers, to resolve issues of non-payment and to help change working conditions for current workers. 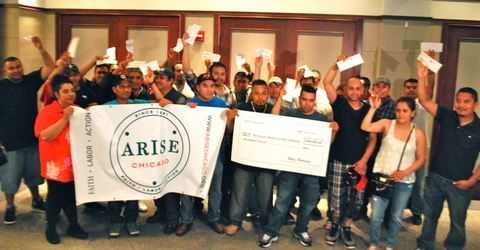 In addition to direct action, ACWC has partnered with multiple federal and state government agencies and our Legal Advisory Committee to recover hundreds of thousands of dollars in compensation for exploited workers.

Workers bring the organizing skills they learn at Arise back into their communities, making their neighborhoods stronger through active participation.

Arise Chicago Worker Center has organized workers living in 47 of Chicago’s 50 wards, with workplace justice campaigns in 46 of them. 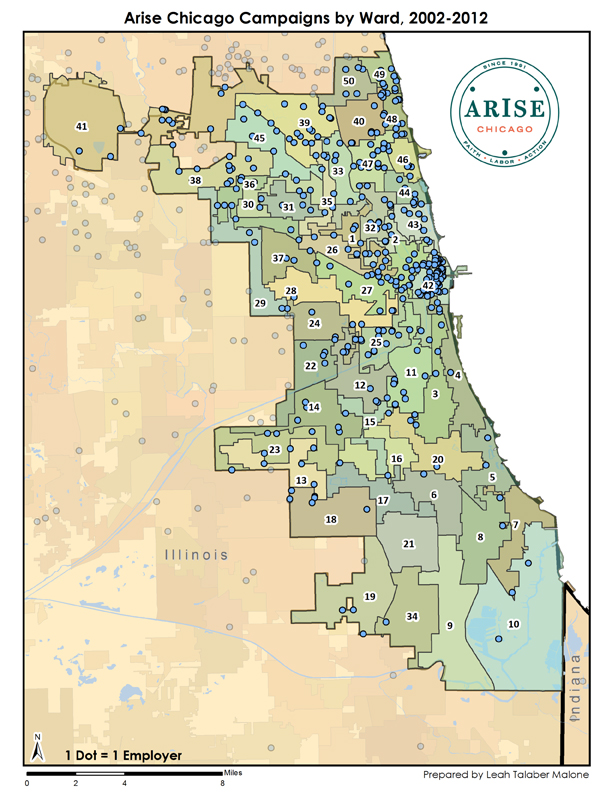 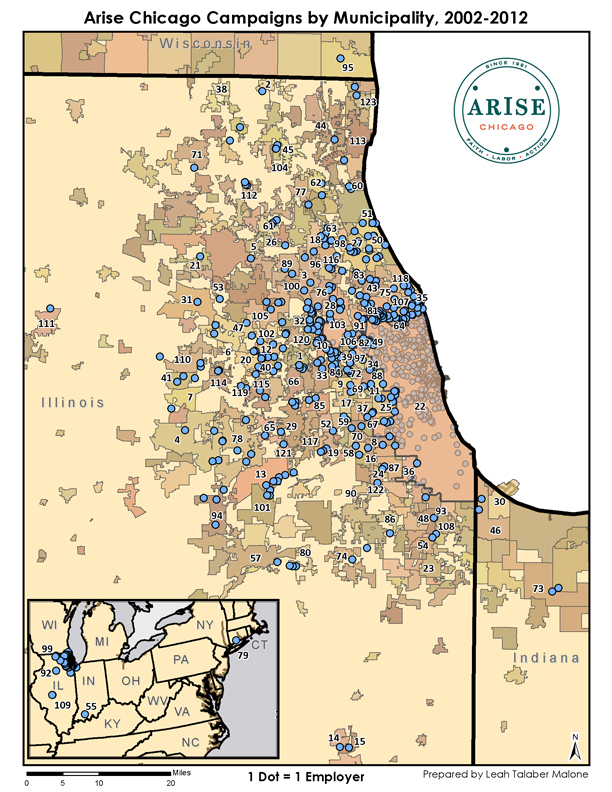 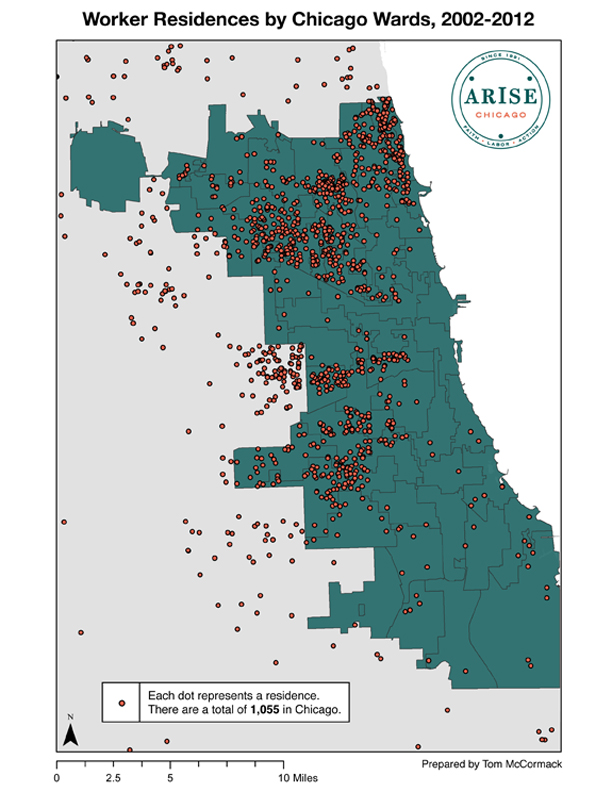