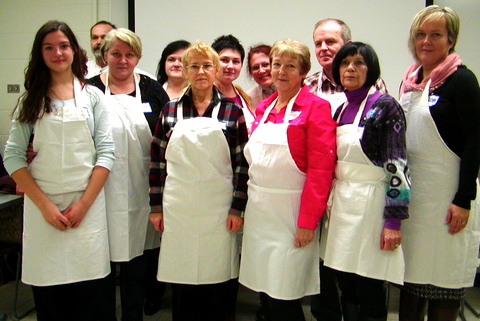 Domestic workers are those who care for our children and our elderly in our homes, as well as those who provide in-and-out cleaning services.

A large percentage of domestic workers must endure long hours, low pay, and health and safety issues in the home, including violence and sexual assault.  But, they have very few rights as they are excluded from major existing federal and state laws. These laws include minimum wage, workers compensation, etc., leaving domestic workers extremely vulnerable. 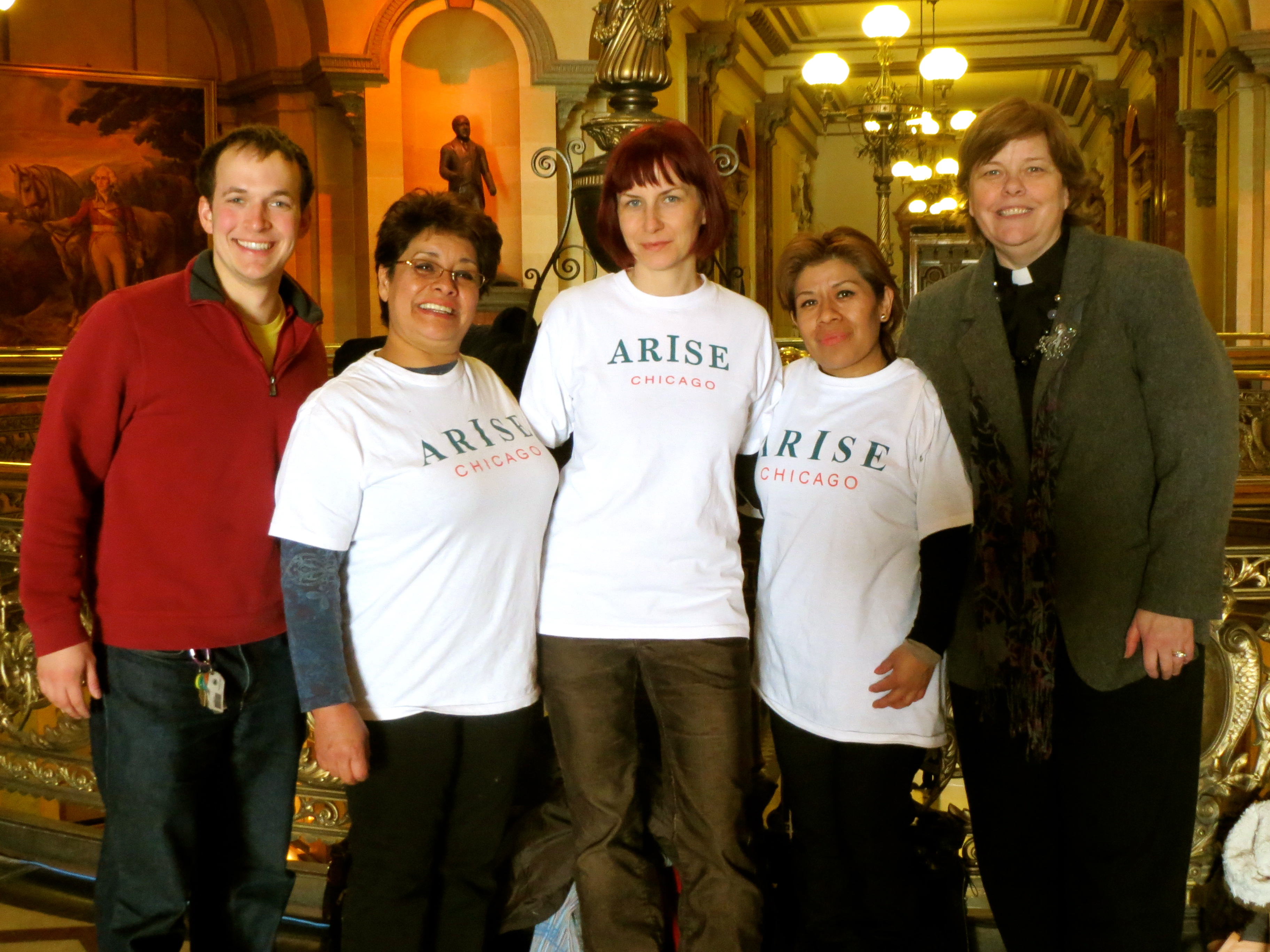 Because of these historic legal exclusions, Arise Chicago is working in partnership with other organizations in advocating for an Illinois Domestic Worker Bill of Rights. The current Senate Bill includes the rights for domestic workers to:

The proposed Illinois bill is being modeled after the recently passed New York Domestic Worker Bill of Rights–the first state in the country to pass such a law. Hear directly from our members on why they are fighting for a state bill of rights.

In January 2011 Arise received a request from National Domestic Workers Alliance (NDWA) to conduct a survey of Polish domestic workers, which comprise over 25% of all Cook County domestic workers.  To our knowledge, Arise Chicago employs the only Polish organizer from the 300 workers centers across the U.S.

Arise Chicago was solely responsible for surveying Polish domestic workers and made connections with those with whom we built relationships over the past decade.  Arise completed over 80 surveys and, based on our findings, felt compelled to do more.

In 2012 Arise Chicago became a member of the National Domestic Workers Alliance.  NDWA  is powered by 35 local, membership-based affiliate organizations of over 10,000 nannies, housekeepers and caregivers for the elderly located in 19 cities and 11 states around the country.  Learn more about NDWA

Locally, Arise is a partner organization of the Caring Across Generations Campaign with other social justice and public policy advocates. 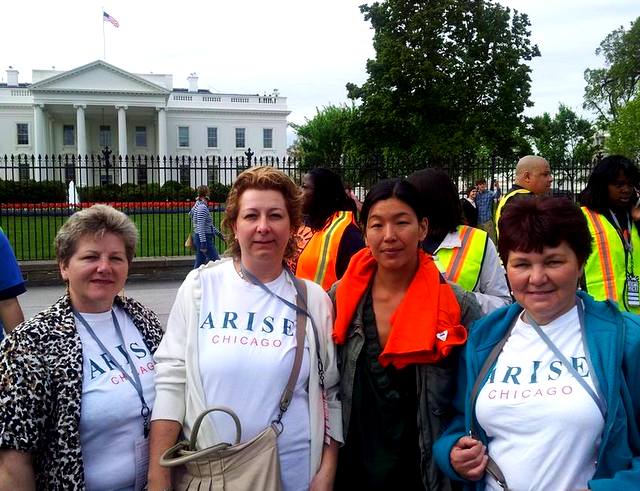 The campaign seeks to build a new national movement to transform long-term care. The campaign supports federal legislation to create 2 million new, quality jobs in home care; improve access to care and support services; develop career advancement models and a path to citizenship for domestic and home care workers; improve and expand Medicare and Medicaid along with an industrial strength solution to affordability challenges for those paying out-of-pocket for care.

Contact our Domestic Workers Organizer Ania Jakubek at anna[at]arisechicago[dot]org or 773-937-1825 to learn how you can support domestic workers, including those who you may employ in your own home.