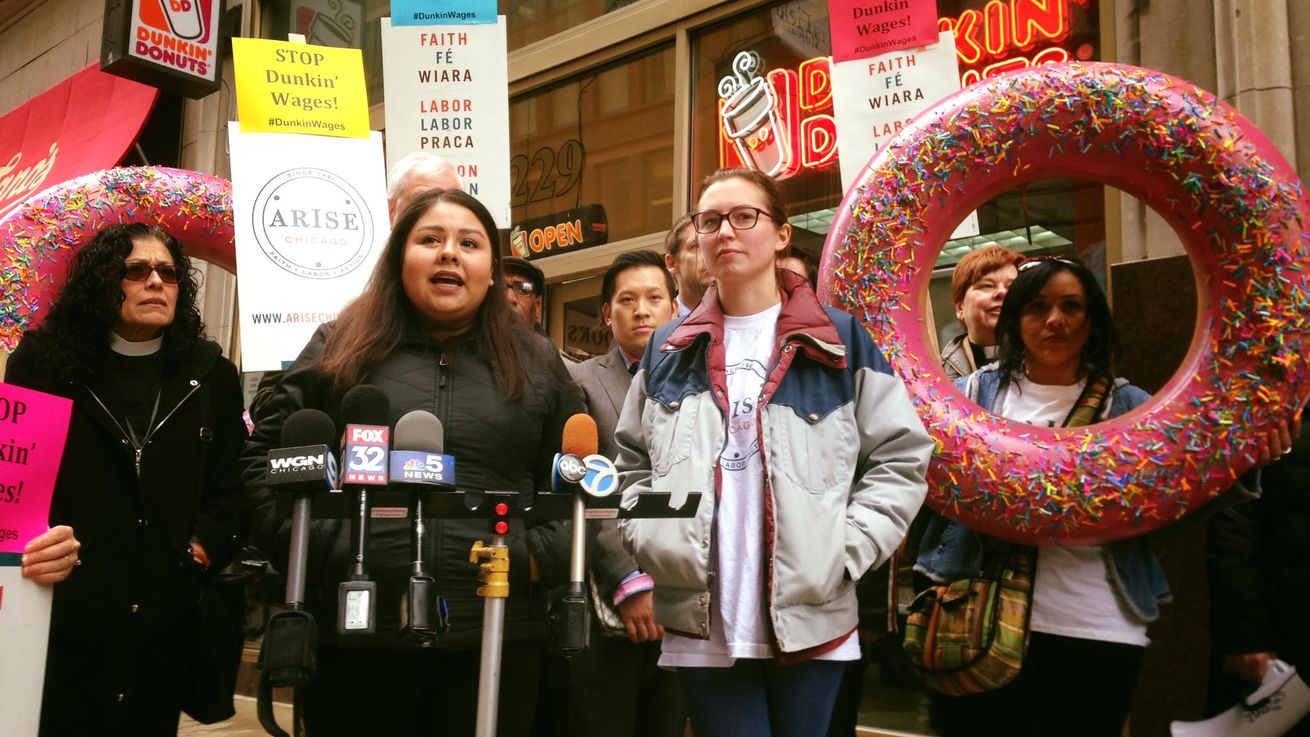 Chicago: On Friday, May 13, 2016, Dunkin’ Donuts workers met at Arise Chicago’s Worker Center to learn their rights and discuss workplace conditions, only to discover that three upper management representatives from several franchises, disguised as workers, were in attendance. Workers immediately identified one as an associate of management named in a current lawsuit while two others remained for the presentation.

Workers then came forward after the meeting and revealed the two managers’ true identity. General Manager Evelia Gutierrez and Store Manager Rosa Angulo of a Dunkin’ Donuts located at 6237 S. Halsted falsified names and contact information in order to stay in the meeting, despite organizers stating that the meeting was only for workers and management was not allowed.  Sanjeev Khatau, who owns the Halsted store and 18 other locations in the Chicago area and sits on the Baskin Robbins Brand Advisory Council, faced a class action lawsuit for wage theft in 2007.

“We are disappointed that management would go to such lengths to prevent its workers from knowing their rights under the law” stated Adam Kader, Arise Chicago Worker Center Director.

The National Labor Relations Act prohibits employers from intimidating workers or obstructing their attempts to organize because of the chilling effect it could have on workers exercising their legal rights.