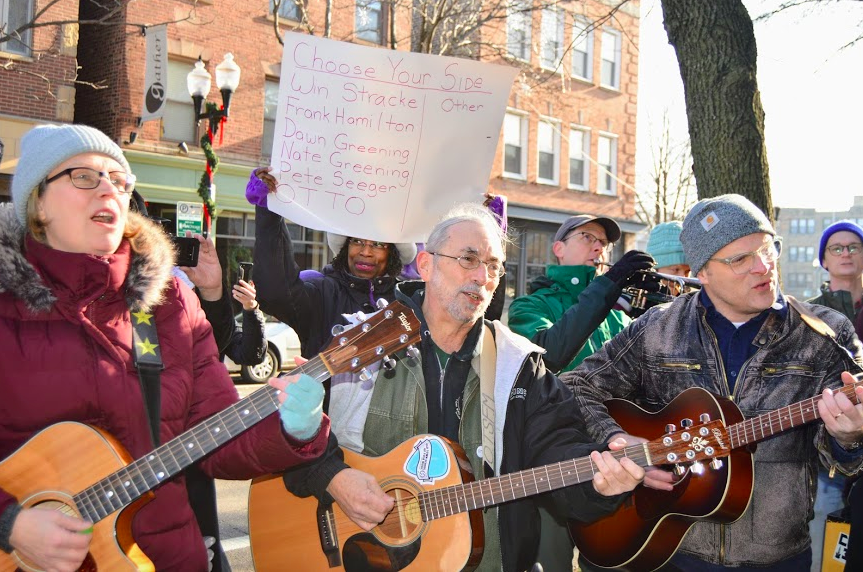 Request voluntary recognition from administration, will be members of IFT

CHICAGO – At a rally filled with music and celebration, teachers from the Old Town School of Folk Music announced today that an overwhelming majority of faculty have signed cards to form a union with the Illinois Federation of Teachers (IFT) and have a greater voice to address issues in their workplace. Immediately prior to the event, the teachers – who formed the Old Town Teachers Organization (OTTO) - requested voluntary recognition of the union from School administration. If the School declines, an election will take place in the coming weeks.

The teachers began their organizing drive in November 2017 with support from local workers’ rights group Arise Chicago. OTTO decided the best way to address issues at the school was through union representation with the IFT, which also includes K-12 and higher education members in the Chicago area and throughout the state.

“We are passionate about the work we do and proud to be a part of this historic institution,” said Lindsay Weinberg, an Old Town School teacher of piano, guitar, and voice of thirteen years. “Our group came together fueled by a strong desire to do what's right, to support our organization's rich community, and to preserve its soul. It is because of our commitment to the Old Town mission that we believe the best way forward is to form a union with the Illinois Federation of Teachers. An overwhelming majority of teachers have signed union cards, and we have filed our petition with the National Labor Relations Board. As a collective group, we will ensure that our knowledge, talents, and voices are valued by the administration. And especially because our decision to unionize aligns with the culture and history of the American folk music tradition, we are asking the administration to voluntarily recognize our union. This is a huge and historic moment for our school, and I daresay that Woody Guthrie and Pete Seeger would be proud.”

“Sixty years after the school’s founding, a small group of teachers wondered if organizing themselves would be the best way to help that school and the teachers move forward towards the next sixty years,” said Chris Walz, who has taught guitar, banjo, and mandolin for twenty-two years. “As the administration became aware of our work, we hoped to be viewed as equal stakeholders in the positive future of the school, but instead, we were viewed as at-will employees with no real power. That’s when we decided to align with the Illinois Federation of Teachers, who could help us set up a union within the Old Town School, built and run by the teachers who work there.”

“Arise Chicago has had the honor of working with OTTO for one year,” said Rev. C.J. Hawking, Executive Director of Arise Chicago. “Everything they do, including unionizing, is to serve the mission of the School and their students. Forming a union is the DNA of the School and will help secure its future.”

“Our schools have long struggled for enough funding to provide the arts education our students deserve. How lucky we are in Chicago then, to have an iconic cultural institution like the Old Town School of Folk Music,” said Dan Montgomery, President of the Illinois Federation of Teachers and a high school English teacher. “The teachers at Old Town provide a community like none other. Their work has dignity, and they deserve a voice that reaches beyond the stage. On behalf of the 100,000 members of the IFT, we are inspired by their effort to organize and proudly welcome them to our union. Studs Terkel would be mighty proud.”

OTTO was joined today by students, community members, and supporters of their work. 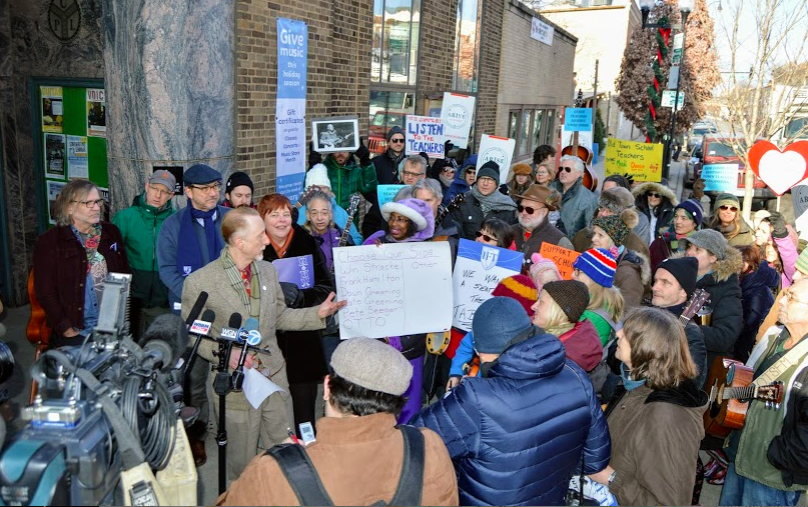 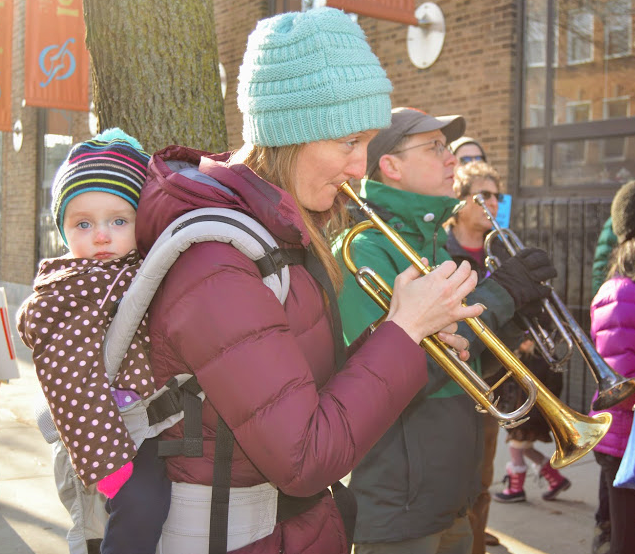